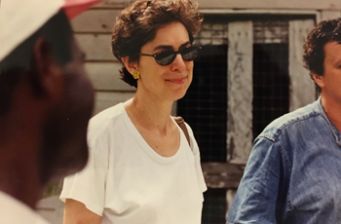 Andrea Simon is an award-winning documentary filmmaker whose work has explored the interaction between politics, culture and religion in a variety of times and places.  Praised as both visually striking and intellectually provocative, her films include many museum commissions – from the Metropolitan Museum of Art, MoMA, the National Gallery, the Jewish Museum, the National Museum of Jewish History, the Historisches Museum der Stadt Wien – as well as the wryly subversive ethnographic chronicle KORIAM’S LAW (Grand Prize at Royal Anthropological Institute Film Festival), PBS 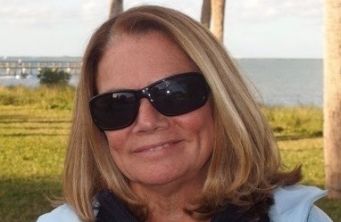 Felice Firestone, an experienced television executive, has spent her career producing, directing and managing documentary productions.  She is the recipient of many industry awards including a Peabody Award, four Emmys, a DuPont Columbia Gold Baton, three Gracies, a Christopher Award, a Silver Gavel and others. Her work has appeared on PBS, NBC, CBS, HBO, TBS with ten years as executive producer for Bill Moyers at his production company. There she oversaw production of more than 200 hours of programming including fourteen documentary specials and five multi-part

Daniel A. Epstein
Director of Photography

Since graduating from Hampshire College in 1981 he has carved out a Freelance career doing many forms of Television Production.  His work has been featured on a diverse group of  Broadcast and Cable channels over the years. Many different genres including Serious docs, Sports, News, Cooking and Comedy programs.  Although his studies in the end gravitated towards  narrative film and video he now more consistently works in the documentary forms.  Started working with Director Producer Andrea Simon in 2006 on Bloomberg’s Muse show and has continued 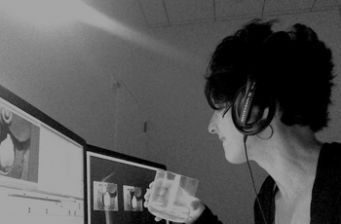 Adrienne Haspel is a narrative and documentary film, and television editor. She has worked on shows for Frontline, Need to Know and Wide Angle, including the Emmy nominated LORD'S CHILDREN. Her narrative work has been shown at numerous film festivals including Tribeca, Cannes, and Edinburgh. Her collaborations with video artists have appeared in museums and galleries in the United States and abroad. In 2011 she completed various installations and documentaries for Moscow-based Russian Jewish Museum and Center for Tolerance, including one about the Holocaust

Elka Nikolova, co-producer and co-editor of ANGEL WAGENSTEIN: ART IS A WEAPON, studied psychology in Bulgaria, and has worked in the NY film and TV industries since 2002. In 2001 she received a MA in Media Studies with focus on film from the New School, and soon after began working in the film industry as an art department coordinator on various productions. From 2003 to 2007 she worked as an assistant editor at Dateline NBC and the Today Show. While there she wrote and directed her documentary BINKA: TO TELL A STORY ABOUT SILENCE (2006), 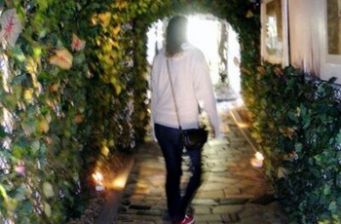 Sam Jinishian is a producer for public television and independent documentary films. She recently worked as the coordinating producer on the film Shadowman, which premiered at the Tribeca Film Festival and was runner up of the Audience Award for Best Documentary. She was the associate producer on the film LOOKS LIKE LAURY SOUNDS LIKE LAURY, named one of the top ten television shows of 2015 by The New York Times, and on the final film of the longitudinal PBS global education documentary project TIME FOR SCHOOL. 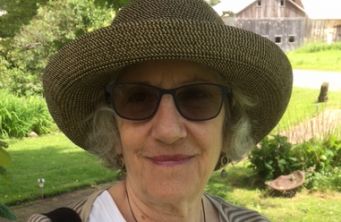 Lora Myers is a writer, film producer, and educator. As a producer and writer, she has worked in the USA, Italy, and Brazil on numerous award-winning documentaries, public television specials and feature film scripts. She has written feature articles for international magazines, two children’s books for TIME FOR KIDS, and grant proposals for many documentaries. She developed high-school and college-level curriculum guides for PEOPLE LIKE US, a documentary on American social class produced by the Center for New American Media, and for THE FREEDOM FILES, a

Silvia Vachkova, a distinguished Bulgarian journalist who has worked all over Europe,  was born in Sofia, Bulgaria in 1941. She studied Russian and German Philology at Sofia University. After graduating she worked as a Filmredakteur (News Producer) for INTERFILM, where the Redakteur in chief was Angel Wagenstein, and remains a close friend.   In 1990 Silvia started her own company FILMSERVICE to provide location services to foreign productions in Bulgaria with a strong focus on political and social issues, as well as other productions including many dealing with culture and tourism.