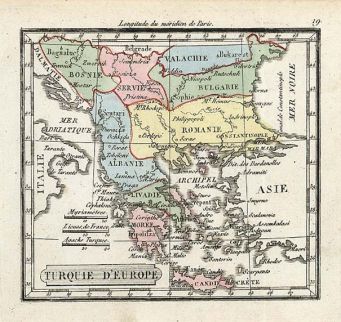 In 1492, after a century of pogroms, public burnings and forced conversions, Jews were expelled from Spain and Portugal. Historians estimate that on July 31st of that year, 125,000 Jews set sail across the Mediterranean, taking with them 900 years of Iberian Jewish culture.
The Ottoman authorities offered a haven to these exiles (known everywhere since then as Sephardic, from a Biblical term for the region). The refugees were pariahs in Christian Europe. Yet Emperor Bayezid II warmly welcomed the Jews – not just the doctors and goldsmiths and scribes, but all of them, even organizing a fleet of Ottoman Navy rescue ships to carry them East.
Some settled in the capital city of Istanbul, others scattered to the many territories controlled by the Turks. At the height of its power, the Ottoman Empire was a multi-faith, multi-ethnic, multilingual colossus, spanning most of Southeast Europe, Western Asia, and North Africa, as well as the Horn of Africa, the Caucasus, and parts of Central Europe. Bulgaria was the ‘Vilayet’ [province] closest to the Imperial center, so close that careless Western mapmakers often re-named it Turquie d’Europe: “Turkey in Europe.” ART IS A WEAPON advisor Rana Dasgupta proposes that the Ottoman welcome is a key to what he calls the “radical coexistence” that characterizes Bulgaria’s unusual history.
Jews had been in the Balkans for a millennium and a half – but the refugees transformed the local culture with their music, customs, food and especially their language. A new hybrid dialect of Judeo-Spanish called “Ladino” quickly became the lingua franca of the Iberian diaspora. For these exiles, remembering their lost homeland intensified the primal yearning for a return to Zion, expressed in ten thousand poems and prayers since the year 70: layers upon layers, memory upon memory of loss somehow became a source of strength.
“We Sephardim, exiles from long-ago Spain, owe our survival to our Grandmas. With their stubborn crooning of the old Judeo-Spanish ‘Canticas’ and refusal to sing anything else, their observance of tradition and professions of faith, the Abuelas made sure we weren’t overwhelmed by the crashing waves of foreign dialects that have so often worn rock into sand, nations into memories.”
Angel Wagenstein
http://www.medievalhebrewpoetry.org/poets/yehudah-halevi/#heart-east