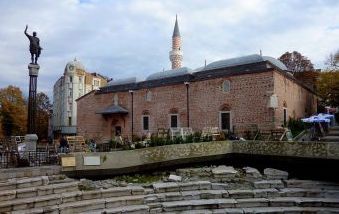 Wagenstein’s hometown Plovdiv is built above a Neolithic settlement: traces of human activity from as early as 6,000 BCE make it one of the oldest continuously inhabited settlements in Europe. Its central plaza featured until 2014 a statue of Philip of Macedon, who conquered this Thracian metropolis in 342 BCE and re-named it in his own honor Philippopolis. When the Ottoman Empire conquered the city a thousand years later, this became "Filibé".